Intel's 7th Gen NUC is currently rolled out and after a resolved issue with the NIC driver, it's time to take a look at their capabilities as homeserver running VMware ESXi. NUCs are not officially supported by VMware but they are very widespread in many homelabs or test environments. They are small, silent, transportable and have a very low power consumption, making it a great server for your homelab. I've posted a preview of the new models about 2 months ago. Gen7 NUCs are available with i3, i5 and i7 CPU. 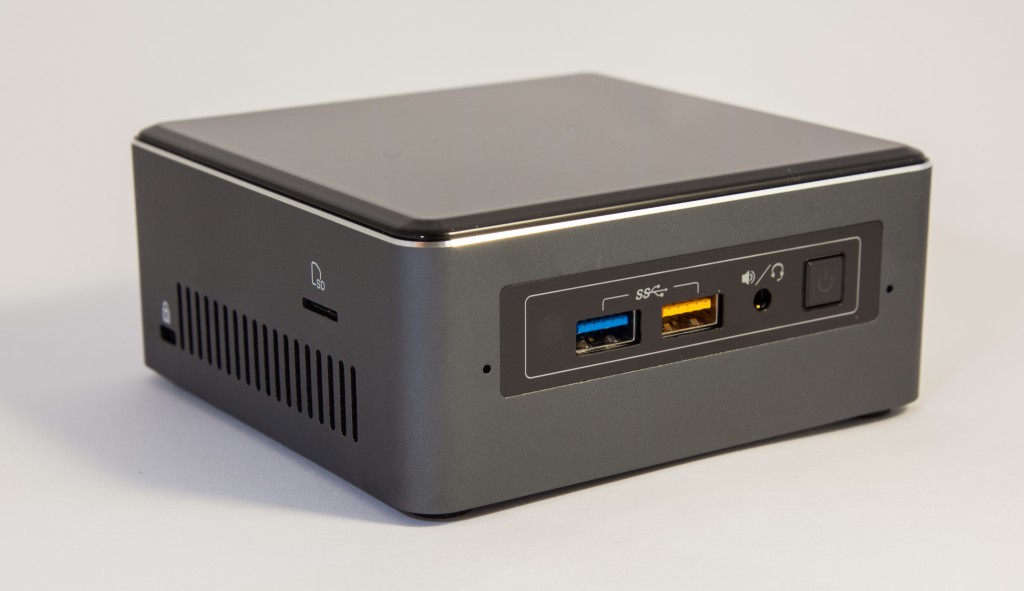 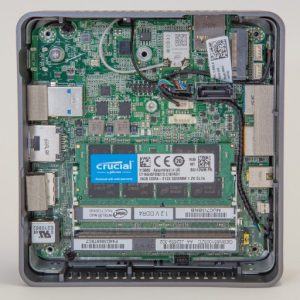 The Kit is shipped with: 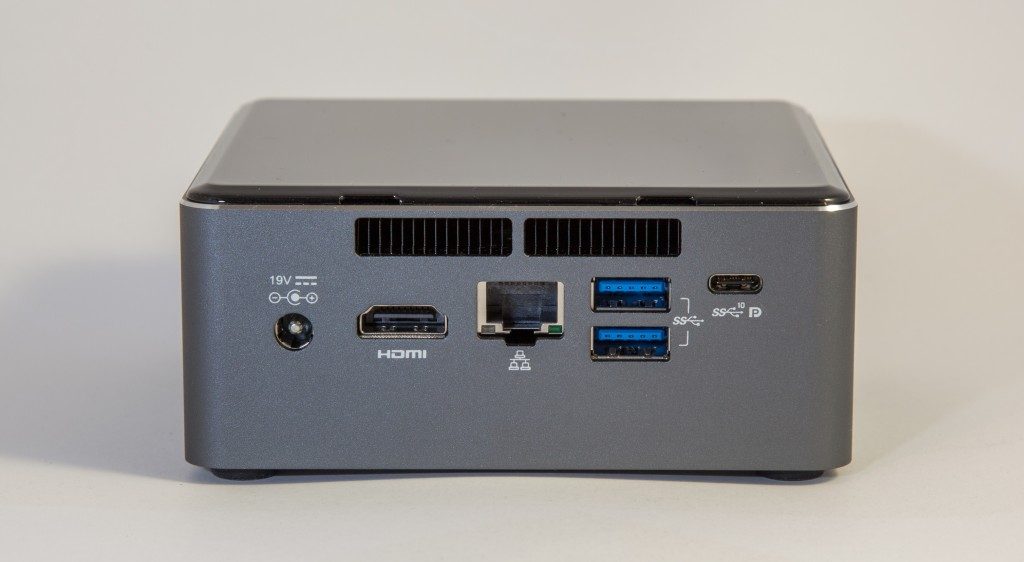 The NUC is not supported by VMware and not listed in the HCL. Some components were accidentally listed a few weeks ago but their listing has been removed. Not supported means that you can't open an SR with VMware when you have a problem. It does not state that the device won't work.

ESXi runs out of the box starting with the following releases:

To clarify, the system is not supported by VMware, so do not use this system in a productive environment. I can not guarantee that it will work stable. As a home lab or a small home server it should be fine.

Storage (AHCI and NVMe)
The AHCI driver for previous NUC versions was always available, but unsupported controllers were not correctly mapped to the driver. Therefore it was required to use the additional sata-xahci package by Andreas Peetz (v-front.de). This workaround is no longer required. ESXi should detect all devices connected with AHCI or NVMe.

There is a well-known problem with NUCs running ESXi 6.5 and the native AHCI driver. If you notice bad performance (esxtop displays write latency over > 1000ms) disable vmw_ahci and reboot the box:

SD Card
7th Gen NUCs are equipped with a Micro SDXC Slot. Unfortunately, there is no driver available for ESXi at the moment so it's not possible to use the SD Card slot.

The Box contains a short description how to open and assemble the components. The system is a little bit heavier than it looks and has a high build quality. The upside is very scratch-sensitive, so be careful with it.

The installation is very simple. Remove 4 screws on the bottom and remove the lid and the 2.5" drive holder. The assembly takes about 5 Minutes to open the NUC, install memory, NVMe SSD module and a 2.5" drive.  If you are familiar with previous NUCs, you might notice that the 2.5" holder is no longer the lid itself. 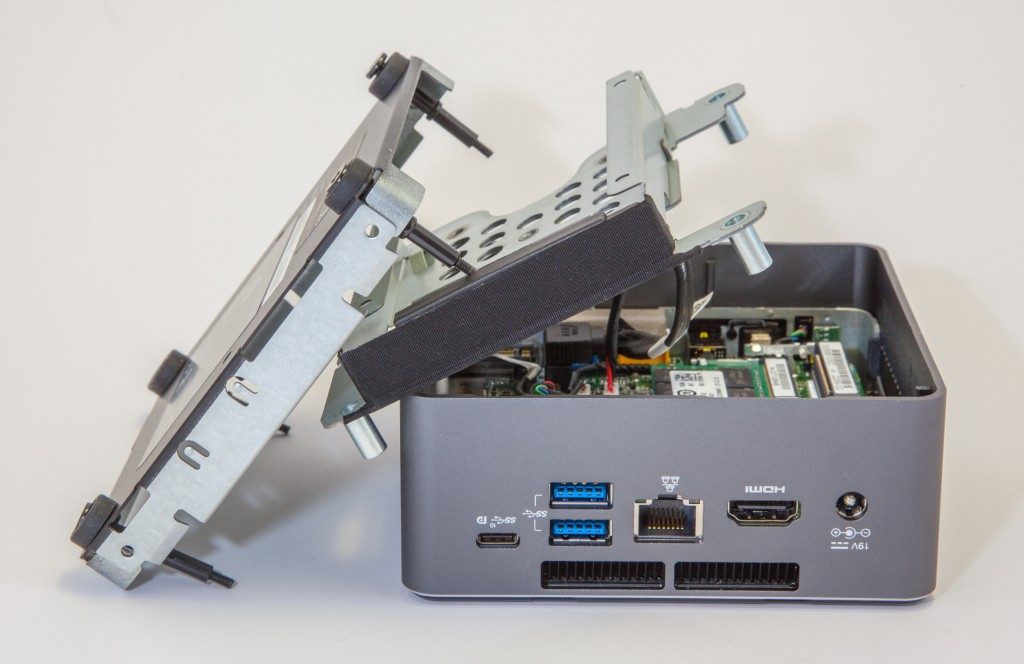 ESXi 6.0
No customization is required to install the latest ESXi 6.0 versions on 7th Gen NUCs. You can use the image provided by VMware to Install ESXi:

If you try to install any version of ESXi 6.5, the installer first seems to stuck for about 2 minutes at "nfs4client failed to load" and then fails with a "No Network Adapters" error. The error is caused by a problem with the network driver. While the problem has already been identified and there was a new driver in Build 5146846 (Released 2017-03-14), the installer still fails.

To create a working ESXi 6.5 installer, just remove the ne1000 package from the official bundle and add the newer net-e1000e package:

If you have already installed ESXi 6.5 (with a USB NIC for example) you can install the newer driver with the following command. You also want to remove the ne1000 package here:

When you update your NUC with the workaround explained above, please make sure that you do not install the stock image provided by VMware. If you do so, the net-e1000e and ne1000 drivers from ESXi 6.5 will be installed and the onboard NIC will stop working. This also happens with ESXi 6.5 U1.

Please use the procedure explained above with the latest Image Profile to create a custom update bundle. The Export-EsxImageProfile Cmdlet with the -ExportToBundle option allows you to create a .zip bundle.

If you've already installed the update and vmnic0 is missing, use the following commands to remove the net-e1000 driver and replace the net-e1000e driver with the functional version. You have to use a USB NIC to copy the driver to the NUC.

The force (-f) option is required because the working e1000e driver is a "downgrade".

The performance of a single NUC is sufficient to run a small home lab including a vCenter Server and 3 ESXi hosts. It's a great system to take along for demonstration purposes. Currently, I run a 3-NUC Cluster that runs about 33 virtual machines including 2 vCenters, virtual ESXi Hosts, vSAN and NSX.

When you shut down the NUC from the vSphere Client or with SSH it does not switch off completely. I haven't found a solution on that yet.
[Update: The issue is resolved in ESXi 6.7]