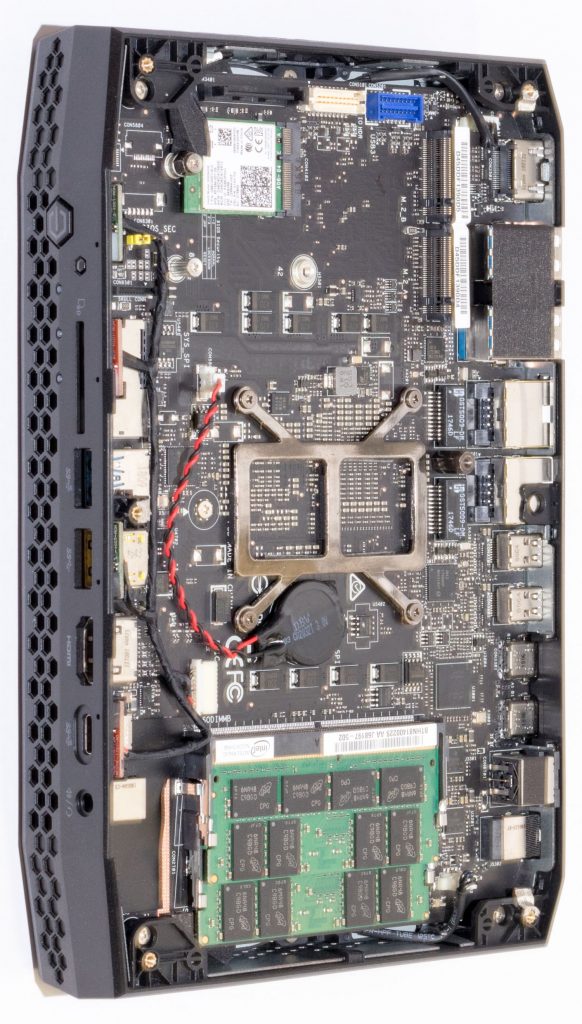 The following table compares the two Hades Canyon models with the i7 Version of the previous generation Dawson Canyon NUC, which was also equipped with an 8th Gen CPU.

Intel NUCs are not supported by VMware and not listed in the HCL. Not supported means that you can't open Service Requests with VMware when you have a problem. It does not state that it won't work. Some components used in the NUC are listed in the IO Devices HCL.

ESXi runs out of the box on the NUC8i7HVK and with BIOS v51 on the NUC8i7HNK. I recommend to install the latest available BIOS version on both systems: 8th Gen NUC BIOS Update - Intel Download Center

Network (Intel I219-LM and I210)
Both network adapters are listed in the HCL for vSphere 6.5 and 6.7 and no additional drivers or modifications are required.

Depending on the physical switch used, sometimes the ne1000 based NIC fails to connect due to auto-negotiation problems. To work around this issue use the left port for initial configuration and disable auto-negotiation from the ESXi Host Client.

No customization is required to install ESXi 6.5 U2 or ESXi 6.7 on 8th Hades Canyon NUCs. You can use the image provided by VMware to Install ESXi:

The simplest way to install ESXi is by using the ISO and Rufus to create a bootable ESXi Installer USB Flash Drive. If you don't have access to ESXi Binaries you can sign up for a free version.

The performance of a single NUC is sufficient to run a small home lab including a vCenter Server and 3 ESXi hosts. It's a great system to take along for demonstration purposes. Currently, I run a 3-NUC Cluster that runs about 20 virtual machines including 2 vCenters, virtual ESXi Hosts, vSAN and NSX. With their four 3.1GHz Cores, the new Hades Canyon NUCs are at the top of the performance chart.

NUCs have a very low power consumption. I've measured the power consumption of my NUC8i7HNK in 3 states: Idle (ESXi in Maintenance Mode), Average Load (1 vCenter, 4 Linux VMs) and during a Stress test. The NUC has been configured with 32GB RAM and no HDD or SSD.