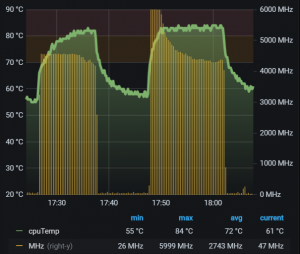 Cooling the Raspberry Pi 4 is highly recommended, not only when running the ESXi-Arm Fling. The Raspberry Pi 4 has an internal temperature sensor, which is used to ensure that temperature does not exceed 85°C. When the temperature is at about 82°C, the system automatically reduces the clock speed to prevent the system from overheating. This mechanism is also referred to as "Thermal Throttling".

That's the theory - But is Thermal Throttling working with the ESXi-Arm? And how can you identify that the clock speed has been reduced? Let's find out...

For this test I'm using the following configuration:

ESXi is already installed. To monitor the temperature, I'm using the Native ESXi on Arm hardware status driver and sending the Temperature to Graphite every 10 seconds. To see when the Raspi is throttling, I'm also sending the ESXi hosts cpu.usagemhz.average value to Graphite. This is the value I'm expecting to decrease when running into thermal throttling. 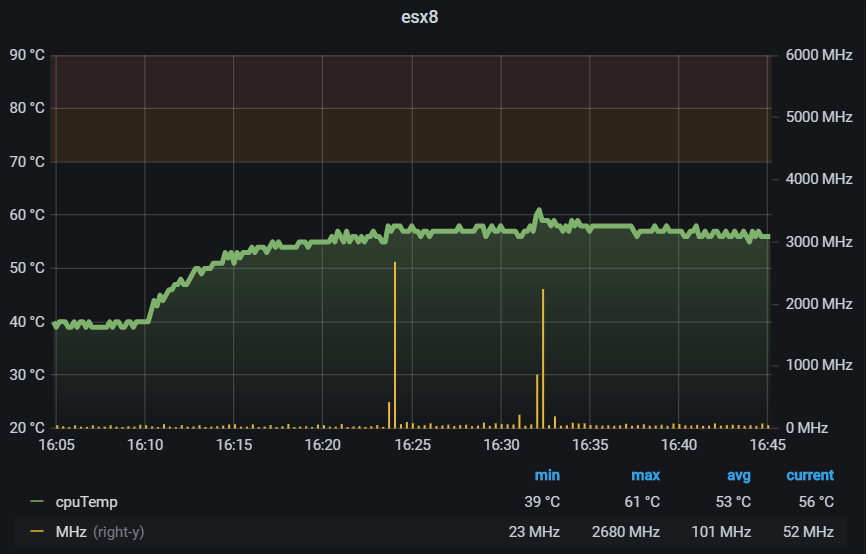 Left Y-Axis: CPU Temperature. There is a warning threshold at 70°C and a critical at 80°C.
Right Y-Axis: ESXi Usage in MHz (cpu.usagemhz.average). The Limit is 6GHz (4x 1.5 GHz)

To get the idle temperature, I've removed the fan at 16:10. You can see that the temperature changes from 40°C to 56°C, which is the baseline for my tests. The ambient temperature (Measured with a DHT22) is 24.5°C.

For the stress tests, I've created a Virtual Machine running Raspberry Pi OS (Buster) with 4 Virtual CPUs. To create CPU Load, the tool stress-ng is used. This allows me to run repeatable tests with a fixed set of CPU instructions. I'm using the CPU Method "Fast Fourier Transform" (fft) with 250000 CPU operations per CPU. Each run should last about 10 minutes. The fixed set of instructions also allows me to see how thermal throttling increases the runtime.

The third test runs with 3 CPU (75% load). After 8 minutes into the test, the first signs of thermal throttling are visible. With the temperature hitting 83°C, the clock speed is lowered and the temperature did not increase further. The runtime increased from 652 to 669 seconds, which is an increase of 3%. The average bogo ops/s per CPU dropped from 385 to 375. 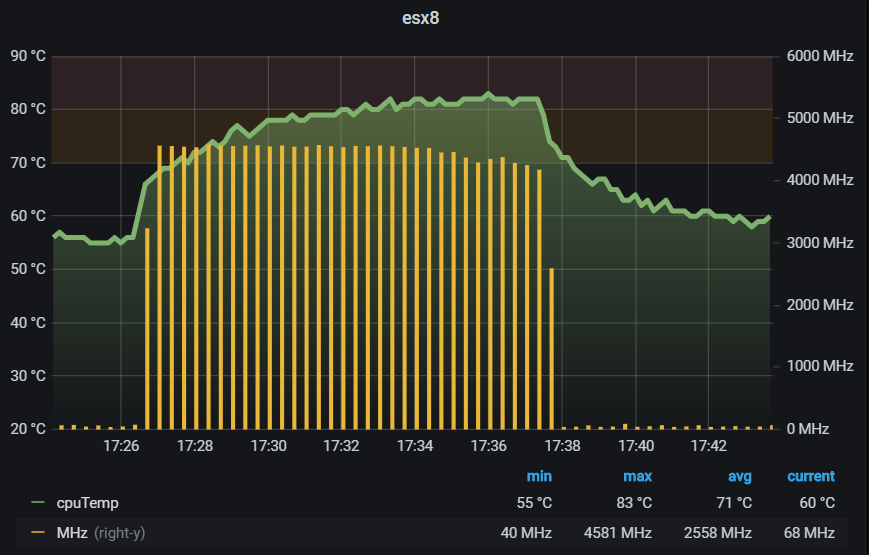 The last test runs with 4 CPU (100% load). It took only 2 minutes to run into thermal throttling and the CPU clock speed is decreased to 4.25 GHz, which is about 70% of the Raspis total performance. The runtime increased to 868 seconds (+30%) and the average bogo ops/s per CPU dropped to 290. 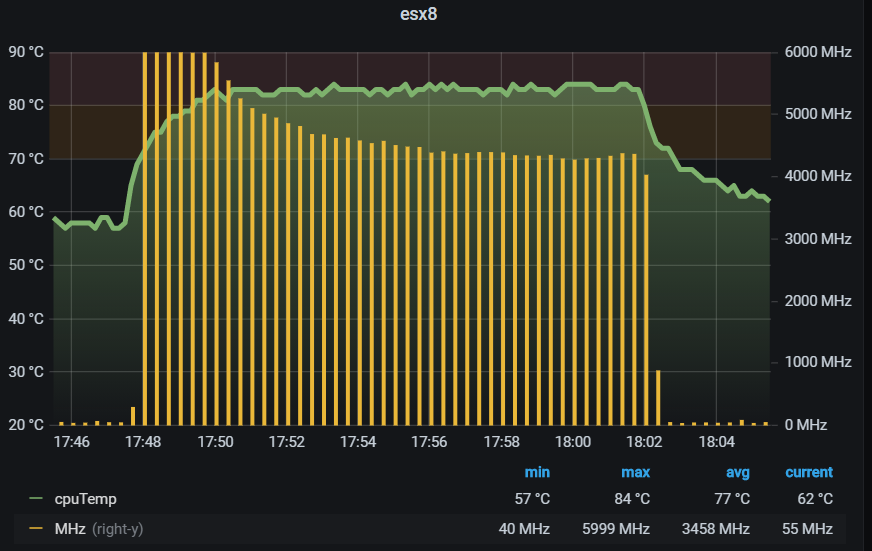 Here are the final results of all tests combined: 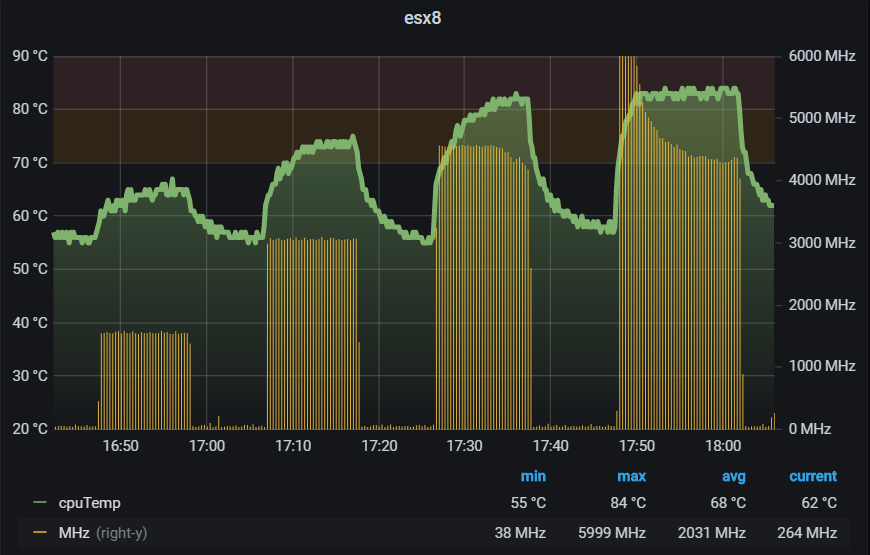 Stresstest without cooling. %USED lower than %RUN and %UTIL. 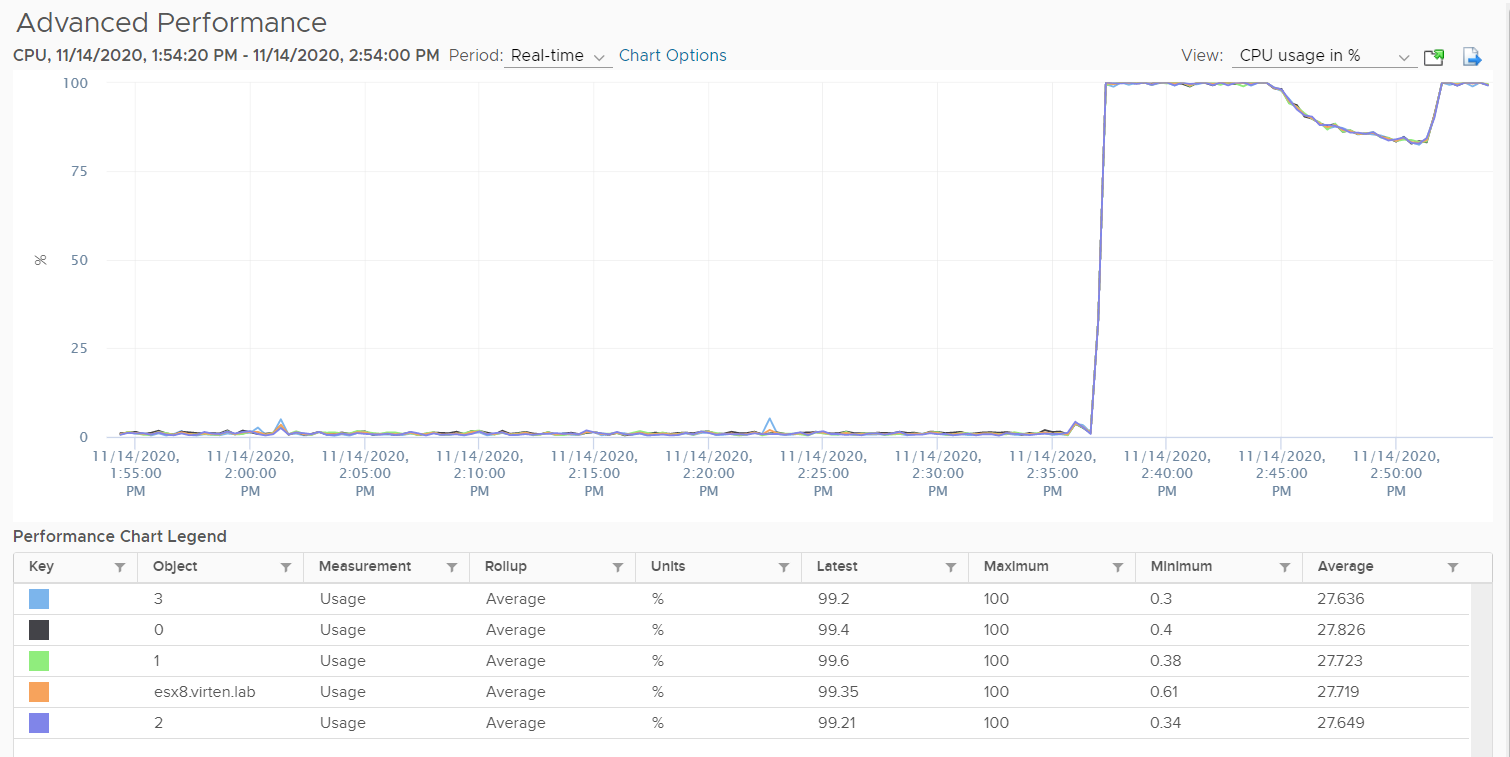 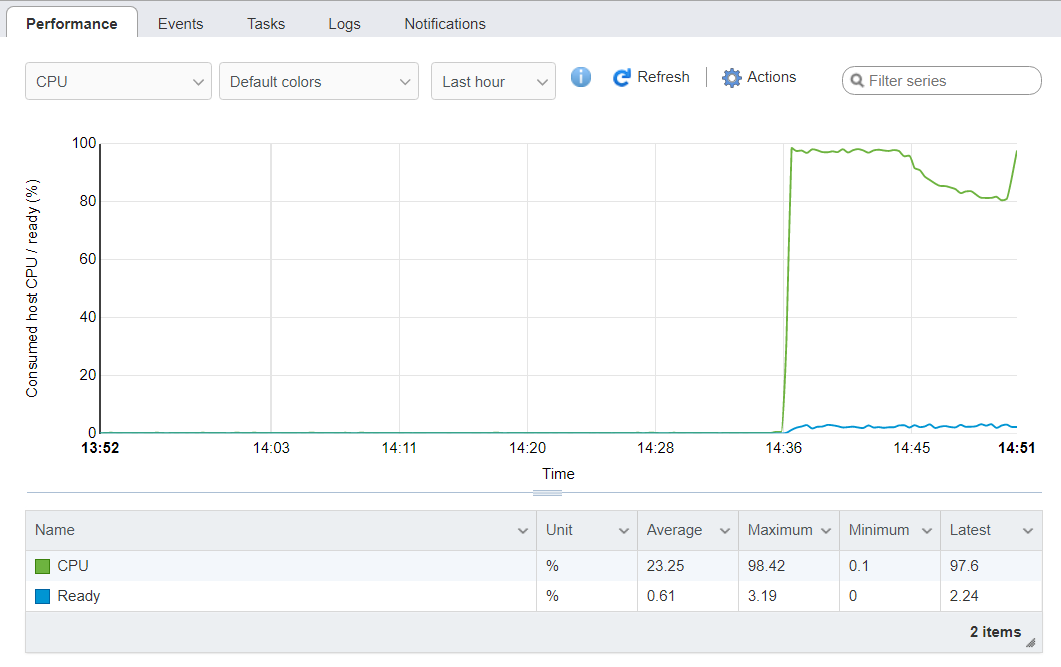