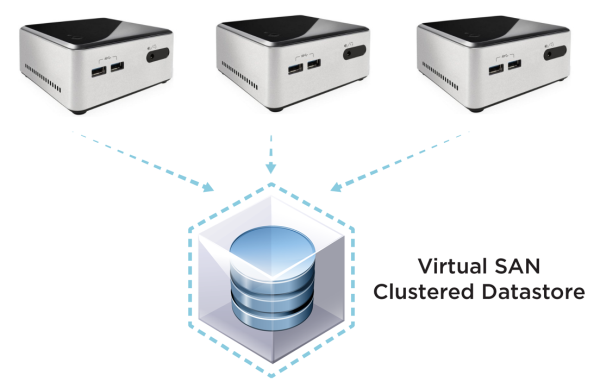 When you are running an ESXi based homelab, you might have considered using vSAN as the storage technology of choice. Hyperconverged storages are a growing alternative to SAN-based systems in virtual environments, so using them at home will help to improve your skillset with that technology.

To get started with vSAN you need at least 3 ESXi Hosts, each equipped with 2 drives. Alternatively, you can build a 2-node vSAN Cluster using a Raspberry Pi as a witness node.

VMware maintains a special HCL that lists supported drives to be used with vSAN. In production setups, it is very important to use certified hardware. Using non-enterprise hardware might result in data loss and bad performance caused by the lack of power loss protection and small caches.

This article takes a look at consumer-grade SSDs and their durability to be used with vSAN. Please be aware that non-certified hardware should only be used in homelabs or for demo purposes. Do not place sensitive data on vSAN that is running on consumer hardware.

I highly recommend to no longer use Hybrid vSAN in Homelabs. We are close to 2021 and magnetic disks are more and more vanishing. If you are planning to use vSAN you should go All-Flash.

There are two types of disks used in All-Flash vSAN - Capacity and Cache. In All-Flash, the cache layer is used for write-buffering only. Everything that is written to the vSAN Datastore is written to the cache and destaged later to the capacity tier. Currently, there is no way to run vSAN on a single disk, or omit the caching layer.

A couple of months ago, I've created a 2-node vSAN Cluster using two Intel NUCs and migrated the majority of my virtual machines from a shared storage to vSAN. This includes a vCenter Server, NSX-T components, Tanzu Kubernetes components, and a couple of management VMs. The see how vSAN affects my SSDs endurance (TBW) I've modified my NVMe TBW Monitoring Script to send data to Graphite.

With the collected metrics, I calculated how much GB is written per hour and day. 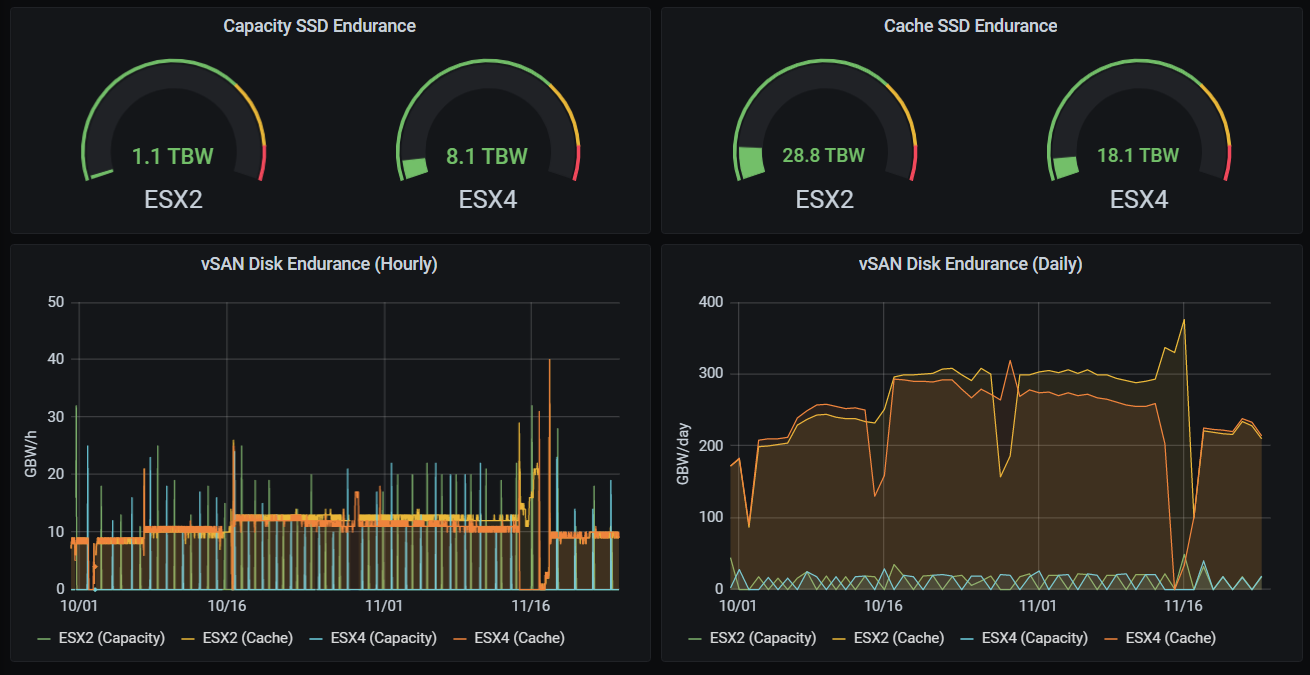 When buying SSDs, the vendor gives a guarantee in years and "TBW" (Terabytes Written). With most vendors, the guarantee expires when either 5 years have passed, or more data than specified in TBW has been written to the drive.

With my vSAN setup, I need an SSD with at least 535 TBW, not calculation any growth.

With the data gathered above, I would need an SSD that has a TBW endurance of at least 535 TB. The following table shows capacity and TBW values of commonly used consumer grade SSDs: