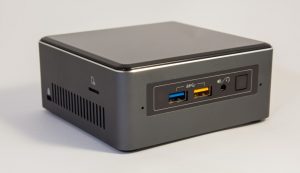 When you want to run VMware ESXi in homelabs you want to have a system that is small, silent, and transportable. A common system in the homelab ecosystem is Intel's NUC.

NUCs are not officially supported by VMware but they are very widespread in many homelabs or test environments. The following NUCs are confirmed to run stable with ESXi.

The Intel NUC Model contains several parts, each of which has a definition and assignment. Use the following table to learn more about your model.