There have been many rumors about the N40L supporting 8GB modules which enables the server to use up to 16GB of memory. This would be a great enhancement, especially with the new vSphere 5.1 where the many appliances requiring more physical memory.  First of all, the 8GB modules are not supported by HP so upgrade at your own risk.

I picked together all the modules which have been successfully tested with the HP N40L MicroServer:Read More »Homelab Upgrade – 16GB Memory with HP N40L Microserver

While doing some stress tests i monitored the temperature of my HP N40L. The N40L mainboard has 3 sensors: CPU, Nothbridge and Ambient. The room… Read More »HP Proliant N40L Temperature 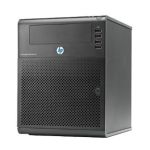 Hewlett Packard has launched an extremely affordable server for SMB and home users. Not only due to its price of approximately 200 euros, but also because of its low power consumption it is an great candidate for a virtualization home lab. An optional Remote Access Card (RAC) can extend ILO similar functions to the server. 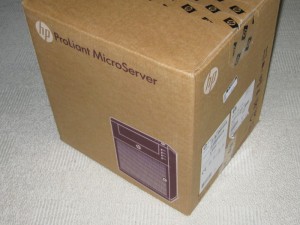 The HP N40L has 2 CPU cores and supports up to 8GB of RAM. Although this is quite low for a hypervisor, it should be sufficient for a pure test environment. The server does only have a software-based RAID controller which will not work with the ESX. If you want to use the local disks as an array, you have to buy an additional RAID controller. The P410 for example is supported. I decided not to buy a RAID controller, because I want to store my VMs on an shared Storage. The good news is that the server is shipped with 4 hard drive trays, which allows the installation of any SATA hard drive. 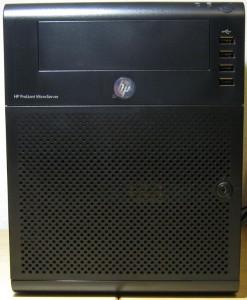 The Server is shipped with the following configuration: